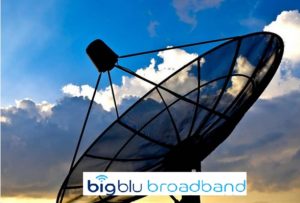 LONDON: Bigblu Broadband plc has conditionally agreed to sell the Company’s UK and European satellite broadband operations to Eutelsat S.A. for a maximum aggregate consideration of up to £39.3 million, a news release said.

An initial consideration of £37.8 million is payable in cash, with £36.8 million paid on Completion and £1 million, subject to adjustment, paid following the finalisation of completion accounts. Additional consideration of up to approximately £1.5 million could be paid over the course of the 12 months following completion, subject to certain conditions.

Eutelsat will also be assuming certain existing net working capital creditors within the Sale Companies amounting to approximately £13.9 million. The final consideration due to Bigblu is subject to other customary adjustments at completion, such as the actual working capital at completion against an agreed target level and adjustments for cash or debt items.

Upon completion, Bigblu’s remaining operations will consist of its Australian operations (Skymesh Pty Limited), its majority interest in Quickline (QCL Holdings Limited) and its Nordics business (Bigblu Norge AS).

Andrew Walwyn will remain as CEO of the Continuing Group and will provide transitional and ongoing consultancy advice and support to the Sale Companies.

Over the past five years, the Company has successfully executed its strategy of becoming a leading provider of last mile rural broadband solutions in certain European territories through a combined offering of both satellite and fixed wireless products. The Directors consider that the success of the Group’s expansion of its satellite offering across Europe has made its business attractive to operators considering their position in the satellite broadband market in Europe, including the UK.

The Board believes that the Disposal provides the Company with the opportunity to crystalise an attractive return on invested capital with respect to the Sale Companies, reduce net debt and also to provide additional financial flexibility to support the further progress of the Continuing Group.

Andrew Walwyn, Chief Executive Officer of Bigblu Broadband plc, commented: “While perhaps a bit earlier in our timeline than we expected, this is a transformational deal for the Company. Our hard work created a strong value proposition for the Sale Companies and having worked closely with Eutelsat for a number of years we are delighted to have come to an agreement that benefits both parties. We see real potential in being able to repeat the successes achieved to date with the Continuing Group whilst also benefiting from balance sheet strength with the ability to significantly pay down debt and return us to a position of net cash.”

Bigblu Broadband plc (AIM: BBB.L), is a leading provider of alternative super-fast broadband solutions throughout Europe and Australia. BBB delivers a portfolio of super-fast wireless broadband products for consumers and businesses unserved or underserved by fibre.