Zenith to acquire Sidi El Kilani from KUFPEC for $0.5mn 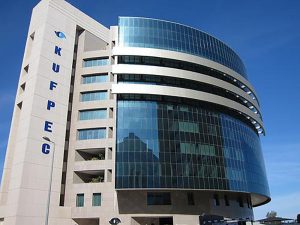 The consideration payable by Zenith Netherlands is US$500,000.

KUFPEC holds an undivided 22.5% interest in the Tunisian Acquisition, together with 25 Class B shares in Compagnie Tuniso-Koweito-Chinoise de Pétrole (CTKCP), the operator, representing 22.5% of the issued share capital of the company.

Zenith’s partners in the Tunisian Acquisition will include the national oil company of Tunisia, Entreprise Tunisienne d’Activités Pétrolières (ETAP) with a 55% interest and CNPC, China National Petroleum Corporation with a 22.5 % interest.

Completion of the Tunisian Acquisition is conditional on approval being granted by the Comité Consultatif des Hydrocarbures of the Republic of Tunisia in respect of the transfer of the Seller’s right, title and interest in and under the SLK Concession to Zenith Netherlands.

As first announced on March 2, 2020, Zenith is currently in negotiations with an international oil major to sign an offtake agreement for the asset’s future oil production in order to fund the Tunisian Acquisition and its development post-completion.

Zenith expects to soon commission a new Competent Person’s Report in compliance with Canadian securities laws, specifically the COGE Handbook and National Instrument 51-101 – Standards of Disclosure for Oil and Gas Activities, in order to obtain an updated reserves evaluation for the Tunisian Acquisition.

Andrea Cattaneo, Chief Executive Officer, commented: “We are delighted to have executed the SPA with regards to the interest in the Sidi El Kilani Concession, a highly productive Tunisian onshore oil production and development asset, which has consistently outperformed even the most optimistic production forecasts since commercial production commenced in 1993.

The Board views Tunisia as a safe, democratic jurisdiction with a well-established history of successful oil and gas production activities for junior, independent companies such as Zenith.

Upon completion of this deal, Zenith will have material production revenue for reinvestment in field development activities.

Our strategic outlook is that oil prices will progressively strengthen in line with a gradual worldwide recovery in financial and industrial activity following the progressive alleviation of the devastating COVID-19 pandemic.

I am also delighted to have initiated a fruitful relationship with KUFPEC, a highly respected subsidiary of Kuwait’s State Oil Company with operations across the world including Norway, and I look forward to exploring further cooperation opportunities in the future.”