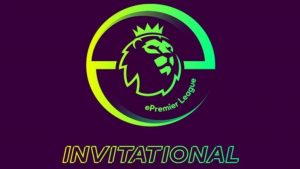 The knockout tournament taking place this week will see Premier League footballers representing their clubs and playing EA Sports FIFA 20, with a live final to be aired on Sky Sports on Saturday 25 April 2020.

The prize fund from the tournament will be donated to the #PlayersTogether initiative, which was created by Premier League players as a way of generating funds for the NHS and distributing them where they are needed most.

John Clarke, CEO of Gfinity said: “We are delighted to have been chosen by the Premier League to operate the ePL Invitational tournament, where we will see some of the top players battle it out for the virtual trophy. During these uncertain and challenging times, we are committed to working with sports rights holders, publishers and broadcasters to deliver new content and virtual formats. The beauty of these products is that they provide a vehicle for fans to see a different side of their sporting heroes. They are let inside and get the chance to see the real personalities come to the fore. This is entertaining and its why virtual gaming on our screens is here to stay.

Whilst the fees payable to Gfinity are not material to the group as a whole, the programme represents a further endorsement of Gfinity’s ability to help our clients find new ways to engage with their audience.”