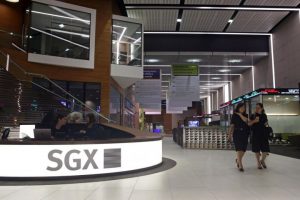 The new contracts are cash settled in reference to the S&P Global Platts daily price assessment for methanol.

Methanol is used predominantly as feedstock for olefins and formaldehyde production, as well as in direct fuel blending. In recent years, environmental concerns has led to the use of cleaner products and methanol-to-olefins plants.

China’s apparent demand for methanol grew by nearly 17% year-on-year to 69.3 million metric tonnes (MT) in 2019, on the back of sharp growth in the petrochemical and downstream manufacturing sectors. Platts’ CFR China index has similarly grown in stature with nearly 10 million MT of imports in 2019.

William Prajogo, petrochemical product manager at SGX, says, “In today’s evolving market, international traders are seeking more transparency and better price-discovery and risk-management tools to hedge methanol prices and exposure. We are pleased to be working with Platts, which has a widely accepted benchmark for the physical market for methanol. The launch complements and broadens our other petrochemical products, which now serve as key offshore tools for forward price discovery. Across our petrochemical suite, we have seen a 100% compound annual growth rate every year for the past four years and we are expecting this trend to continue this year.”