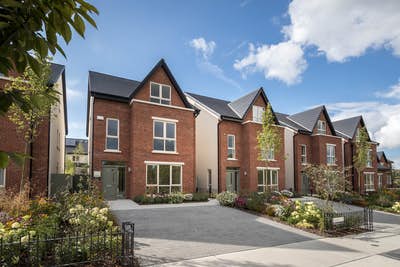 DUBLIN: Cairn Homes plc, the leading Irish homebuilding company, has entered into a conditional agreement to acquire the former Esmonde Motors Garage premises and adjoining land located at Stillorgan Road and the Hill, Stillorgan, Co. Dublin from The Emerald Fund ICAV for an overall cash consideration amount of €14 million.

The consideration will be payable in two tranches (i) 50% at completion and (ii) 50% shall be payable on 1 July 2021 or such earlier date that the Group determines in its sole discretion.  The Transaction is conditional upon shareholder approval as set out in further detail below.

The Stillorgan Site comprises 1.35 acres of derelict brownfield. It is a strategic fit with the Group’s existing landbank and in particular Cairn’s adjoining development site in Stillorgan, the Blakes Site, which was acquired by the Group as part of the Project Clear loan portfolio acquisition from Ulster Bank in 2016. Given the complementary location, the Board believes that the Transaction presents an opportunity to generate further value for shareholders by combining the two sites which are underpinned by strong development fundamentals in an established and sought-after South Dublin residential suburb in close proximity to Dublin City Centre.

The enlarged site will provide construction related economies of scale and enable the Company to deliver cost synergies by spreading fixed development costs across both sites which is expected to be accretive to margins and will increase expected returns for shareholders over and above the development of the Blakes Site alone. As such, the Group anticipates that the Transaction will be value accretive for shareholders.

The seller is The Emerald Fund ICAV (acting on behalf of the Emerald Opportunity Investment Fund). Alan McIntosh, a co-founder, non-executive Director and shareholder of Cairn, and his spouse are the beneficiaries of a discretionary trust that is the ultimate owner of Emerald and as such Alan McIntosh is considered a related party under the Listing Rules.