LONDON: The board of Thalassa Holdings announced its maiden FinTech investment in line with its stated investment policy. The company’s wholly owned Swiss subsidiary, Apeiron Holdings A.G. has exchanged a contract, which is expected to complete by the end of September 2019, for the acquisition of id4 A.G., a RegTech company registered in the Swiss Canton of Luzern.

id4 has developed technology, which it is starting to commercialise, to assist financial institutions and other regulated entities to comply, in particular, with Know Your Client, Anti-Money Laundering and client onboarding compliance obligations.

The id4 opportunity was sourced and managed by Apeiron’s recently appointed CFO, Rémy Schimmel, following an introduction by Luzern Business (www.luzern-business.ch), the business development office for the Canton of Luzern. Prior to joining Apeiron, Rémy was CFO of Coutts Private Bank, Zürich and most recently CFO of Cembra Money Bank, Zürich. Schimmel joined Apeiron in April 2019.

The exact valuation attributable to id4 will depend upon the treatment of the acquisition by the Swiss Tax authorities, which, if required, is expected to be known in early September. The final valuation will not affect Thalassa’s post transaction ownership of 80% of Apeiron.

It is anticipated that the acquisition of id4, which is subject to execution and registration of transaction documents and conclusion of any necessary Swiss Tax Ruling, will complete by the end of September 2019.

Duncan Soukup, chairman of Thalassa said: “The founders of id4 are seasoned professionals all of whom have worked for many years in the banking and financial services industries and who have an exceptionally strong technical proposition. We are in no doubt that id4 will succeed in delivering technological solutions to an area of the finance industry that is only now, due to stringent regulatory requirements, being forced to increase the use of technology to address the unprecedented increase in the level of compliance whilst at the same time reducing the cost of this exercise. I am very much looking forward to working with the id4 team and building out Apeiron’s business, for which the Board has great ambitions.”

“I believe that the timing of our entry into the FinTech/RegTech market is auspicious as Small and Medium Sized Financial Enterprises are struggling with an unprecedented increase in the level and associated cost of regulatory oversight following the 2008 financial crisis, a problem which can only be addressed through the adoption of new technologies.”

“Id4 represents Apeiron’s first FinTech acquisition in an expected series of further acquisitions in related RegTech disciplines, which will allow the founders of acquired companies to focus on developing their businesses whilst the board of Apeiron focuses on guidance, support and funding of the capital needs of its holdings.” 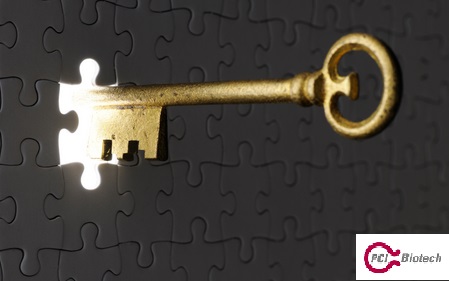