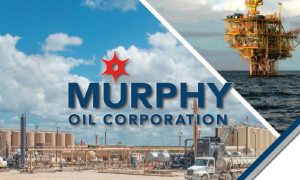 “Walter joined the Law Department over 32 years ago. During his distinguished law career, he has led numerous strategic transactions on behalf of the company, including the spin-off of Murphy USA, as well as many complex upstream and downstream acquisitions and divestitures. I wish him all best in his retirement,” stated Roger W. Jenkins, President and Chief Executive Officer.

Mr. Botner joined Murphy’s Law Department in 2001 as an Attorney. Over his 19-year career with the company, he has held several positions with increasing responsibilities in the US and Malaysia, including Commercial Manager for Murphy Sarawak and General Manager, Malaysia, culminating in his current position of Vice President, Law and Secretary. Mr. Botner earned bachelor’s degrees in arts and business administration from the University of Texas, a Master of Business Administration from Southern Methodist University and a law degree from the University of Arkansas.

“Mike has been a key member of the executive team, making several important contributions to Murphy’s success over his 18-year tenure. He spent several years helping build our Malaysia assets into a multi-billion dollar business and then was instrumental in growing our onshore portfolio in the US and Canada. I wish him all the best in his retirement,” stated Jenkins.

Over his 14-year career with the company, Mr. Hambly has earned roles with increasing responsibilities, primarily focusing on the company’s Malaysia assets, and later to onshore operations in the US and Canada. Mr. Hambly earned bachelor’s and master’s degrees in Chemical Engineering from Brigham Young University and has completed the General Management Program at Harvard Business School.

“Both Ted and Eric are experienced leaders with proven track records in their respective fields. On behalf of the Board of Directors and the executive management team, I would like to congratulate them on their new positions. We are looking forward to continuing to work with them,” stated Jenkins.

As an independent oil and natural gas exploration and production company, Murphy Oil Corporation believes in providing energy that empowers people by doing right always, staying with it and thinking beyond possible. It challenges the norm, taps into its strong legacy and uses its foresight and financial discipline to deliver inspired energy solutions. Murphy sees a future where it is an industry leader who is positively impacting lives for the next 100 years and beyond. Additional information can be found on the company’s website at www.murphyoilcorp.com.