LONDON, UK: Trinity Exploration & Production plc has entered into an agreement to acquire a package of seismic and well log data from Heritage Petroleum Company Limited, a news release said.

The seismic data covers the full extent of Trinity’s onshore licence areas, including a 4km buffer zone around the assets. The Company understands this to be the first time that Heritage has agreed to make 3D seismic data available to an independent lease operator for onshore areas in Trinidad.

Trinity’s onshore licence areas sit within the super-giant greater Forest Reserve Field, located in southwest Trinidad. The Field was discovered in 1914 and has produced over 1.2 billion bbls of oil to date with a recovery factor of between 12.5-18%. Global averages for conventional recovery factors in similar clastic reservoirs average between 25-30% and, as such, there is the potential for a very significant uplift in production and reserves.

The acquired data will enable Trinity to develop a modern structural and stratigraphic approach to analysing basin fill and deformation.  Specifically, the 3D seismic data will enable the Company to build the basin model, stratigraphic framework and the sediment fill history in three dimensions, which is the most critical element to this process.

This is expected to result in the identification of new subsurface drilling targets which, when coupled to high angle and horizontal drilling and modern completion methods, could result in a step change in reserves and production.

When developed, this new structural and stratigraphic framework will facilitate a potentially transformative shift in exploitation techniques, improving the economics of drilling horizontal wells and, ultimately, making them become standard practice onshore Trinidad where applicable.

In addition, with a better understanding of facies and distribution of the reservoir zones, a much more accurate and focused effort on enhanced oil recovery (“EOR”) techniques will be possible, reducing reservoir risk and potentially resulting in a material increase in production and reserves.

Bruce Dingwall CBE, Executive Chairman of Trinity, commented: “This is a significant step for Trinity. As a technically and commercially driven production company, we are highly focused on maximising returns from our assets. As such, we believe that acquiring this data package will significantly enhance our ability to exploit the production potential of our onshore portfolio using the most modern methodologies.

“The 3D data, in particular, has the potential to revolutionise how we identify, target and extract reserves using high angle and horizontal drilling techniques to maximise economic recovery. When you couple this with our leading position on automation and the use of data science in our operations, alongside the recent proposed SPT changes, the potential to provide a step-change in returns from our onshore licences has been greatly enhanced.

“This is to the benefit of all stakeholders; shareholders, Heritage, the GORTT and ultimately the citizens of Trinidad and Tobago. On behalf of the Board I must thank Heritage for their progressive approach in enabling access to the data package.”

Arlene Chow, Chief Executive Officer of Heritage Petroleum Company Limited, commented: “We are proud to collaborate with Trinity in their effort to build new ways of doing business to our mutual benefit. It is in the best interest of Heritage, and by extension the State, for our onshore partners to refine their understanding of the fields in which they operate. It is hoped that this dataset will allow Trinity to develop its subsurface models, apply new well design and completion techniques and create enhanced oil recovery projects to maximize economic recovery and production from our assets.”

Dr Ryan Ramsook; BSc in Earth Sciences and a PhD in Geology both from UWI (University of The West Indies), who meets the criteria for qualified persons under the AIM guidance note for mining and oil & gas companies, has reviewed and approved the technical information contained in this announcement.

Trinity is an independent oil and gas exploration and production company focused solely on Trinidad and Tobago.  Trinity operates producing and development assets both onshore and offshore, in the shallow water West and East Coasts of Trinidad. 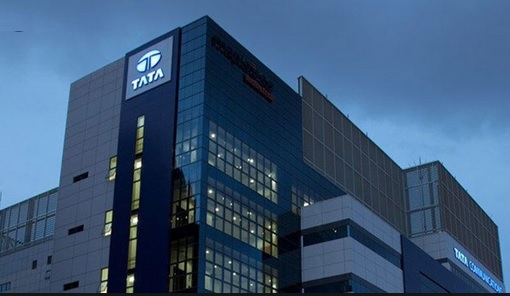