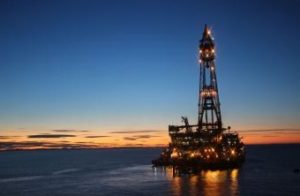 This follows previous discoveries at Maka Central in January and Sapakara West in April.

PARIS: Total SE and Apache Corporation have made a significant third discovery with the Kwaskwasi-1 well, in Block 58 off the coast of Suriname. This follows previous discoveries at Maka Central in January and Sapakara West in April.

The well was drilled by a water depth of about 1.000 meters and encountered a total of 278 meters net pay of hydrocarbons, which comprises 149 meters net in good quality Campano-Maastrichtian (composed of 63 meters of high quality oil and 86 meters of volatile oil & gas condensates reservoirs), along with 129 meters of net hydrocarbon pay in Santonian reservoirs, where further wireline logging is ongoing to confirm the quality of the fluids.

“We are very pleased to announce a third discovery in a row, following the two oil discoveries at Maka Central and Sapakara West this year,” said Kevin McLachlan, Senior Vice President Exploration at Total. “This very encouraging results confirm our exploration strategy in this prolific zone, which targets large volumes of resources at low development costs.”

The Kwaskwasi-1 exploration well was drilled by Apache, as operator with 50% working interest, and with Total as the JV partner with 50% working interest. The next and fourth exploration well will be drilled back to back on the Keskesi prospect. Total will take over as operator of the Block after the drilling of the fourth well

In early 2021, an appraisal campaign will be carried out to better characterize the 2020 discoveries, along with an additional exploration campaign.

Total is a broad energy company that produces and markets fuels, natural gas and low-carbon electricity. Active in more than 130 countries, our ambition is to become the responsible energy major.