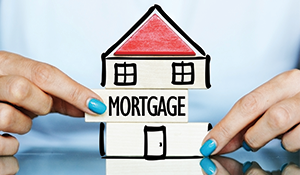 Per the terms of the agreement, MVB Mortgage will contribute substantially all its assets and in exchange will receive common units representing 47% of the common interest of ICM, as well as $7.5 million in preferred units.

MVB will recognize its ownership as an equity method investment initially recorded at fair value. As such, the transaction increased MVB’s tangible book value by $1.40 per common share by eliminating the goodwill of $16.8 million related to the 2012 acquisition of MVB Mortgage.

“With the closing of this combination, MVB deepens our trusted partnership with one of the premier builders in the country. We know the Van Metre family is a great cultural fit with MVB, sharing the same values. Together we are now a top five lender in one of the best markets in the country, and MVB has a smaller piece of a much larger pie,” said Larry F. Mazza, CEO and President, MVB Financial Corp.

“Traditional mortgage operations have a higher efficiency ratio than traditional banks. Within this newly formed structure, our efficiency ratio will trend in line with that of our peers while still earning a very positive amount of non-interest income from our 47% investment in the merged companies. This combination is just one of the strategic steps MVB has taken since the beginning of the year to build shareholder value and be ‘defensively offensive’ at a time when most banks are sitting out on the sidelines.”

In addition to this combination, in the first half of the year, MVB has completed the acquisition of the former First State Bank in Barboursville, West Virginia; the sale of MVB Bank’s Eastern Panhandle West Virginia banking centers; acquisition of Paladin, a fraud prevention company; and proactively sought and received coverage from the Kroll Bond Rating Agency.

MVB Financial Corp. (“MVB Financial” or “MVB”), the holding company of MVB Bank, Inc., is publicly traded on The Nasdaq Capital Market® under the ticker “MVBF.” Nasdaq is a leading global provider of trading, clearing, exchange technology, listing, information and public company services. Through its subsidiary, MVB Bank, Inc., and the Bank’s subsidiaries, MVB Community Development Corporation, Chartwell Compliance and Paladin, the Company provides financial services to individuals and corporate clients in the Mid-Atlantic region and beyond. Chartwell Compliance is one of the world’s leading specialist firms in state and federal compliance and market entry facilitation for firms entering into or expanding in North America, serving many of the most high-profile providers of the Fintech industry.