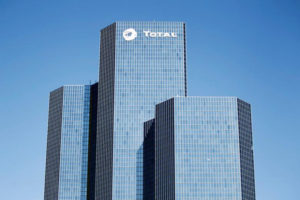 PARIS: Total and its partners announced the start-up of the Floating Production Storage and Offloading (FPSO) P-70 of the Iara cluster (Block BM-S-11A), located in the deepwater Santos Basin pre-salt offshore Brazil.

With a productive capacity of 150,000 barrels of oil per day, this new unit double the overall production capacity of the Iara cluster – initiated in November 2019 on the Berbigão field with the FPSO P-68 – and will produce the reserve of the Atapu field.

“The ramp-up of Iara’s production reflects Total’s growth strategy in the Brazilian deep offshore, where the Group focuses on giant projects that produce barrels of oil at competitive cost, resilient in the face of oil price volatility,” said Arnaud Breuillac, President Exploration & Production at Total. “The Group production in the country should reach 150,000 barrels of oil per day by 2025 thanks to ongoing developments on the Iara, Mero and Lapa projects.”

The BM-S-11A license comprises parts of the fields of Sururu, Berbigão and Atapu. Total acquired a working interest of 22.5% in Block BM-S-11A on January 12, 2018 as part of the strategic alliance with Petrobras, becoming a partner alongside operator Petrobras (42.5%), Shell Brasil Petróleo Ltda. (25%) and Petrogal Brasil S.A. (10%).

Total has been present in Brazil for over 40 years and has more than 3,000 employees in the country. The Group operates in all segments: exploration and production, gas, renewable energies, lubricants, chemicals, and distribution.

Total Exploration & Production’s portfolio currently includes 24 blocks, with 10 operated. In 2019, the Group’s production in the country averaged 16,000 barrels of oil per day. In October 2019, a consortium led by Total was awarded Block C-M-541, located in the Campos Basin, in the 16th Bidding Round held by Brazil’s National Petroleum Agency (ANP).

In 2017, Total and Petrobras formed a Strategic Alliance encompassing exploration and production and gas, renewables and power activities. Through the Alliance, the two groups are implementing R&D projects on topics such as artificial intelligence leading to efficiency gains, with direct applications in Brazil. Total entered the fuel distribution market in Brazil with the acquisition in December 2018 of Grupo Zema’s distribution activities. Total thus owns a network of 280 service stations, as well as several storage facilities for petroleum products and ethanol.

Total is a broad energy Group, which produces and markets fuels, natural gas and low-carbon electricity. Our 100,000 employees are committed to better energy that is safer, more affordable, cleaner and accessible to as many people as possible. Active in more than 130 countries, our ambition is to become the responsible energy major.