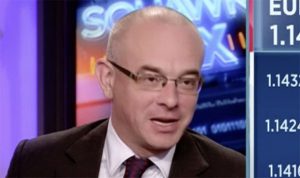 Arqiva is a leading UK communications infrastructure and media services provider dedicated to connecting people and devices wherever they are through the delivery of TV, radio, mobile and machine-to-machine data services.

Paul Donovan has over twenty years’ experience in senior executive roles across the technology, media and telecommunications sectors. He is currently non-executive Director on Arqiva’s Board and has previously been CEO of Odeon and UCI Cinemas Group and, before that, CEO of eir, Ireland’s leading telecommunications business. He was also a member of the Group’s Executive Committee at Vodafone where he led the Group’s emerging markets businesses.

Paul Donovan succeeds Simon Beresford-Wylie who has been Chief Executive Officer since August 2015. During Simon Beresford-Wylie’s tenure as CEO he has simplified the business and successfully driven year on year improvement in both revenue (four year CAGR of 3.9% to £999.5m last financial year) and EBITDA (CAGR of 5.9% to £526.4m in 2019).

Paul Donovan’s appointment is with immediate effect. He will work with Simon Beresford-Wylie over the coming months to ensure a smooth and orderly transition.  Simon will formally leave Arqiva on the 30 June 2020.

Commenting on the appointment, Mike Parton, Chairman of Arqiva said, “On behalf of the Board I would like to thank Simon for his outstanding contribution over the last five years.  Under his leadership we have seen a considerable improvement in the Company’s financial performance, employee engagement and customer satisfaction.

I am pleased to be able to confirm Paul Donovan’s appointment. Paul already has significant Arqiva experience having worked with the business since 2017. His industry background and his demonstrable management and leadership strength will be invaluable for the next phase of Arqiva’s evolution.

On behalf of the Board, and all of my colleagues in the business, I would like to congratulate Paul on his appointment and look forward to working with him in his new role.”

Paul Donovan, said, “I’m delighted to be assuming the role of CEO at such a pivotal time. If anything, the current crisis has shown the importance of staying connected through news, entertainment and communication and has really underlined the important service that my colleagues at Arqiva provide. Once the proposed sale of our telecoms business completes, we will start a new chapter where our concentrated focus will be on providing the best possible connectivity to our broadcast and utilities customers”.