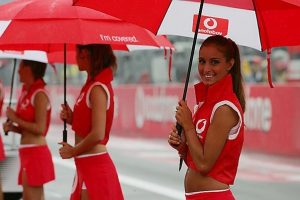 LONDON: Vodafone Group has agreed to sell 100% of Vodafone Malta (VFML) to Monaco Telecom SAM for an enterprise value of €250 million, a news release said on Thursday.

Monaco Telecom has agreed to acquire VFML for a cash consideration equivalent to an Enterprise Value of €250 million, implying FY19 multiples of 7.8x EBITDA and 13.1x OpFCF2.

Following completion, VFML will continue to operate under the Vodafone brand for a transitional period.

The transaction is conditional on regulatory approval from the Malta Communications Authority, with completion expected in the first quarter of the 2020 calendar year.

As of 30 September 2019, Vodafone Group had approximately 625 million mobile customers, 27 million fixed broadband customers and 22 million TV customers, including all of the customers in Vodafone’s joint ventures and associates.

For the financial year ended 31 March 2019, Vodafone Malta generated €82 million of revenue, €32 million of EBITDA and €19 million of OpFCF.

Monaco Telecom is the incumbent telecoms operator in the Principality of Monaco, offering a comprehensive range of fixed, TV and mobile services. Proforma for its acquisition of MTN Cyprus, the company recorded revenues of €278 million in the year to 31 December 2018.