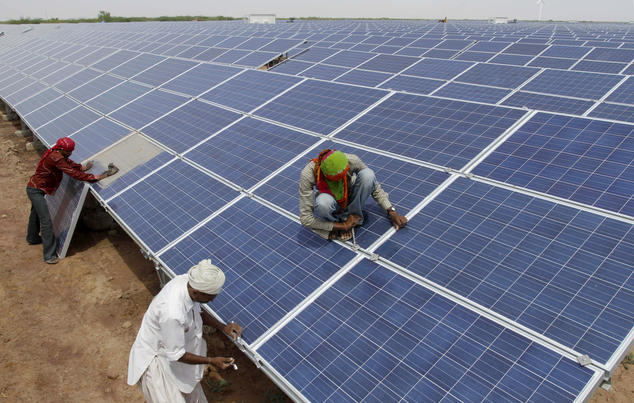 Marking its first major investment in India, AC Energy’s total renewables capacity will reach over 1,200 MW, in a move to further expand its renewables business in the region.

The estimated US$68 million facility located in Rajasthan, a desert state with the highest irradiation in India, is expected to start power generation in the first quarter of 2021, and will supply energy to the Solar Energy Corporation of India (SECI).

UPC-AC Energy Solar won the power supply agreement for the project via a competitive bid at INR 2.48 per kWh, fixed over a 25-year period. India has emerged as a country with one of the largest clean energy expansion programs, with support from the government and investors driving the growth.

“India is one of the world’s largest and fastest growing markets for renewable energy,” said Eric Francia, AC Energy President and CEO. “We look forward to participating in this market as we continue to expand around the region, and work towards our goal of reaching 5000MW of renewables by 2025.”

“As we join forces once again with UPC, which shares our commitment towards sustainability, we will continue to push for the deployment of new technologies and best practices to harness India’s growth potential for clean energy, while contributing to their renewable energy goals.”

Pranab Kumar Sarmah, CEO of UPC-AC Energy Solar and co-founder of UPC Solar Asia Pacific, said, “The commencement of Sitara Solar’s construction is a head start for the joint-venture to achieve its more than 1 GW target of operating solar project portfolio across Asia in a few years.

Most recently, the companies expanded their partnership with the development of two wind projects, Lac Hoa and Hoa Dong, in the Soc Trang province of southern Vietnam. The project, with an aggregate capacity of 60 MW, features the tallest towers in Vietnam. AC Energy has committed to scale up its renewable energy expansion in the region and has identified the Philippines, Indonesia, Vietnam, Australia, India and Myanmar as key target markets.