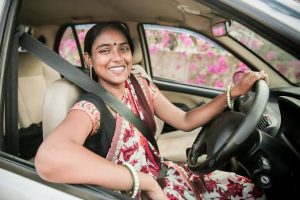 In the medium and heavy commercial vehicles segment, Mahindra sold 471 vehicles for the month. Exports for January 2020 stood at 1,761 vehicles.

Commenting on the performance, Veejay Ram Nakra, Chief of Sales and Marketing, Automotive Division, M&M Ltd. said, “Our performance in January has been relatively muted as part of our strategy to start ramping down BSIV manufactured vehicles and move to BSVI emission norms. We have also started rolling out our first batch of BSVI vehicles with the XUV300, which has been very well received by our consumers.”

Commenting on the performance, Rajesh Jejurikar, President – Farm Equipment Sector, Mahindra & Mahindra Ltd. said, “We have sold 22329 tractors in the domestic market during January 2020 with a growth of 7% over last year. The tractor demand is likely to see positive momentum, led by the expectations of a good Rabi output & the Government’s renewed focus on rural sector through higher allocation as announced in the Union budget. In the exports market, we have sold 787 tractor.”